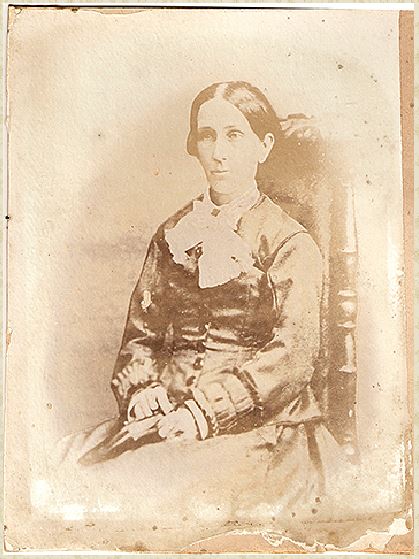 There is no evidence that has been found so far that proves when the first corset was made. We know that women in classical Greece used wide, tight leather belts as under garments and accentuated their waistlines with decorative ribbon tied and wrapped around the waist. There is very little surviving evidence of undergarments or corsetry from across Europe during the later stages of the Roman Empire and in to the dark ages. This doesn’t mean that they weren’t around, just that the evidence hasn’t been found. Logically speaking women had to be wearing something supportive especially considering the lifestyle of women at the time, even high class women had to get their hands dirty, muck in and get the work done, for lower status women, life was gruelling.

Corsets, as we know them today, were developed in central Europe, Spain or Italy depending on which documents you read. The medieval corsets were worn as outerwear, had straps, laced up the front and were constructed using a split seam. It isn’t clear what inspired the movement from split seams. It isn’t clear what inspired the movement from split seams to flat felled seams. The first recorded evidence of the flat felled seam was from 3100 BC and was found as part of a handful of sewing techniques that were used throughout the dynastic period of ancient Egypt. The same construction of the flat felled seam was found in both Oslo and York in 900 AD showing it to be used in Viking tent making. The Victorians being extremely enthusiastic may well have made these discoveries and implemented them into the advancement of corset construction. The objective for a lot of victorian manufactures was the development of what we know as today as mass production. There were a variety of contributing factors in the changes made in corsetry over the years, most of them revolve around the development of new materials and machinery, the evolution of social values and fashions of the time.
The Symington collection is one of my favourite resources for researching victorian corsetry, Leicester museum, where the collection is now housed, has a wealth of information. All of the research that I have done into corsetry shows that the pattern cut of the fabric is the most important factor, which is particularly apparent if you look at corsets from around the world during wartime resources were low and taking in to account the lower/middle classes throughout the ages. The really heavily boned corsets from history were designed for upper class women who weren’t supposed to leave the house or speak in front of company, they were kept like dolls and these were the women that were far more likely to faint and suffer physical consequences from a life in corsets. The modern corsets are taken from the lower classes, designed for women who had to work, clean, fetch carry and run themselves ragged with everyday life. Coutil was developed in France from drill, it’s essentially the same as drill just with a herringbone weave, the intention was to reduce the cost of everyday corsets so that all women, no matter what their budget, had the opportunity to dress appropriately for society. A strong single layer corset that was well cut required less boning to support the figure. If you look at corsets from across Europe, you will be surprised by some of the materials that actually went into corsetry from horsehair, hessian and cardboard.
So when looking for corsets, it is the cut of the corset that you want to look at first. The first thing that I look at is the waist, a lot of modern corsets rely too much on the boning, not on the pattern cut and can look boxy, I want to see the apex of the curve of the waist really nipping in to the give that hourglass shape, the hip should then curve out quite naturally but the bust line can be an important issue in modern corsets. Then the type of boning used in the type of corset to support the cut needs to be right for the corset and you. Spiral boning does its job well if it is used correctly in the correct channels in the correct way. I would generally recommend it for first corsets or bridal wear if the bride is not used to corsets and is going to be very nervous/excited on the day. The 6mm flat steel is the most versatile and creates a corset that you can really get your moneys worth from whatever the occasion. There is a lot of personal choice that comes into corsetry, if you do want a really robust, rigid underbust then the 12mm may well be what you are looking for.
I have coutil and it is a strong fabric. The original idea being a single layered corset, it was important to limit damage from the bones in the channels. The issue isn’t so important with different methods of channel constructions and layering fabrics. The strength comes in the type of weave of the different layers and the direction of the weave of the different layers and the direction of the weave when you lay and cut the fabrics. I prefer to use the drill for my own corsets and the construction methods that go with that type of fabric. I also have some Teflon canvas which is incredibly strong but it’s such a modern fabric it hasn’t really worked it’s way into the corset world so much yet! 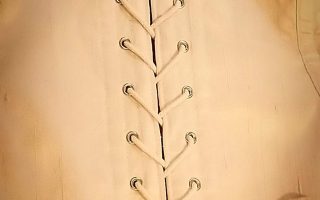 We use cookies on our website to improve our products, services and customer expeiences. We want to know which of our products people like to look at the most and if our articles are interesting or not, we do not collect personal data, we only look at the number of clicks on our pages and how long they were viewed for, we are more than happy to discuss this, feel free to email us at susan@boundbyobsession.co.uk

This website uses cookies to improve your experience while you navigate through the website. Out of these, the cookies that are categorized as necessary are stored on your browser as they are essential for the working of basic functionalities of the website. We also use third-party cookies that help us analyze and understand how you use this website. These cookies will be stored in your browser only with your consent. You also have the option to opt-out of these cookies. But opting out of some of these cookies may affect your browsing experience.
Necessary Always Enabled

Any cookies that may not be particularly necessary for the website to function and is used specifically to collect user personal data via analytics, ads, other embedded contents are termed as non-necessary cookies. It is mandatory to procure user consent prior to running these cookies on your website.